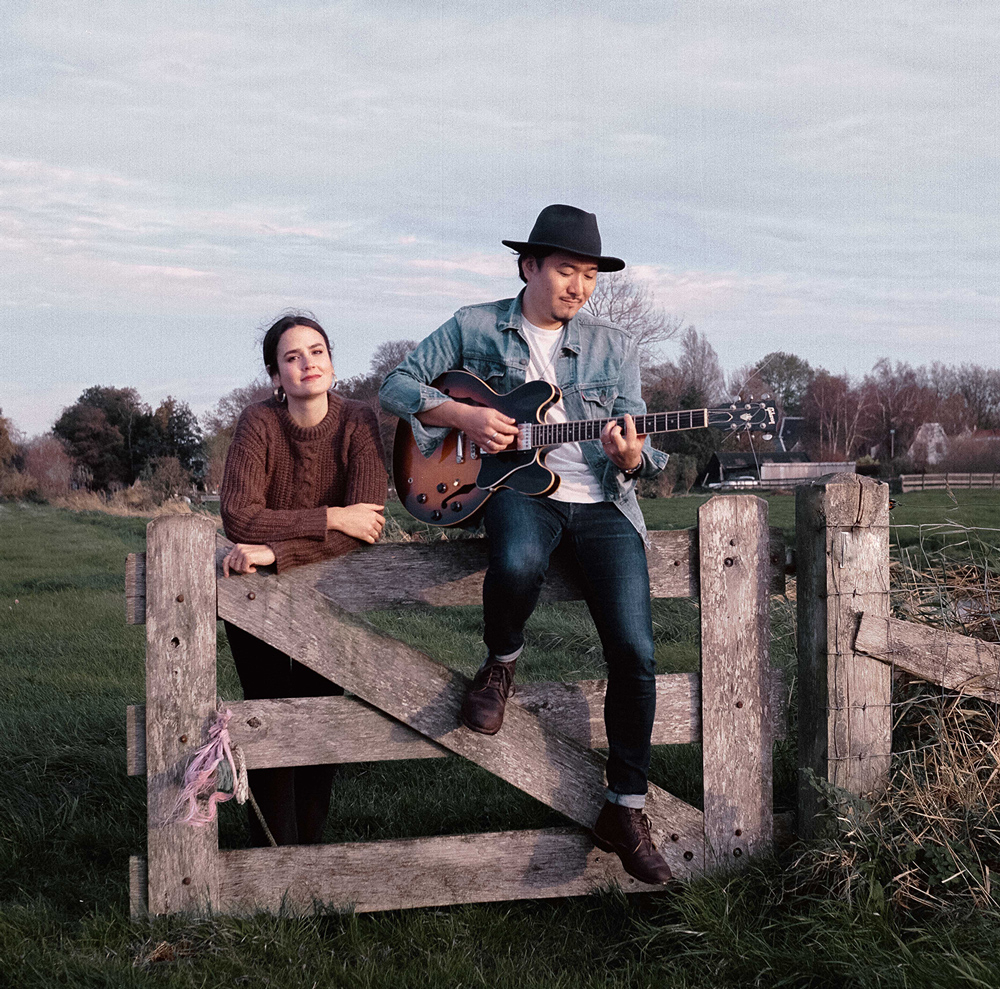 Their paths could have crossed in Brussels or in America, where they both have ties –but Victoria Arias (France) and Shu (Japan) actually met in Amsterdam in 2019.

He’s a musician, she loves to sing and write. Driven by a same sensitivity to nostalgia and an undeniable love for the music of past decades, they formed Blue Cognac in 2020, after a movie night that would create an unexpected epiphany.

Their debut song, set to launch in early 2021, explores the dream they both pursue since childhood –and the inextinguible hope that it someday comes true.

Victoria Arias was born in Paris, France, in 1989 to an American-Colombian father and a Belgian mother. Her childhood was spent reading, singing, writing stories and drawing portraits –that is, when she wasn’t dreaming about time-travelling to the early 70’s or obsessing over the Beatles. After a few years in Barcelona, you’ll now find her in Amsterdam, where she lives, as well as on the internet @mangoandsalt.

Shu, born in Tokyo in 1984, spent his childhood traveling around the globe due to his father’s job. Not having a city or country to call “home”, the teenage Shu was always feeling a bit unsure about his own identity. But there was one thing the boy was sure about: his love and passion for writing music. When he was composing, he could build his own universe where he could feel confident and be himself. Needless to say, music eventually became his home. 20 odd years later, he now hopes that his compositions will also become a home to others. You can find his solo work at @waves.of.reminiscence